ASTM F2054 Standard Test Method for Internal Pressurization Failure Resistance of Unrestrained Packages To perform a burst strength test, a package is pressurized until it bursts. The burst test is performed by pressurizing the package until the internal pressure causes it to burst. This tests the strength of the seal and records the minimum pressure required for the package to burst.

ASTM standards provide for several test methods for burst testing, including dynamic, static, creep, and creep to fail tests. These tests are used to measure the strength of medical device package sterile barrier systems as well as other flexible packaging to determine the weakest points of a package design.

Burst testing is an alternative method to evaluate seal strength. It is important to note that this application is ideal for packages where you are making all seals, not just a closure seal. Some examples would be a thermoform tray or a form-fill-seal application. Burst testing is typically more attractive for in-process testing because it is faster than other methods. A limitation to burst testing is the inability to trend seal strength of a specific package location over time. PCL has the ability to perform restrained and unrestrained burst testing. 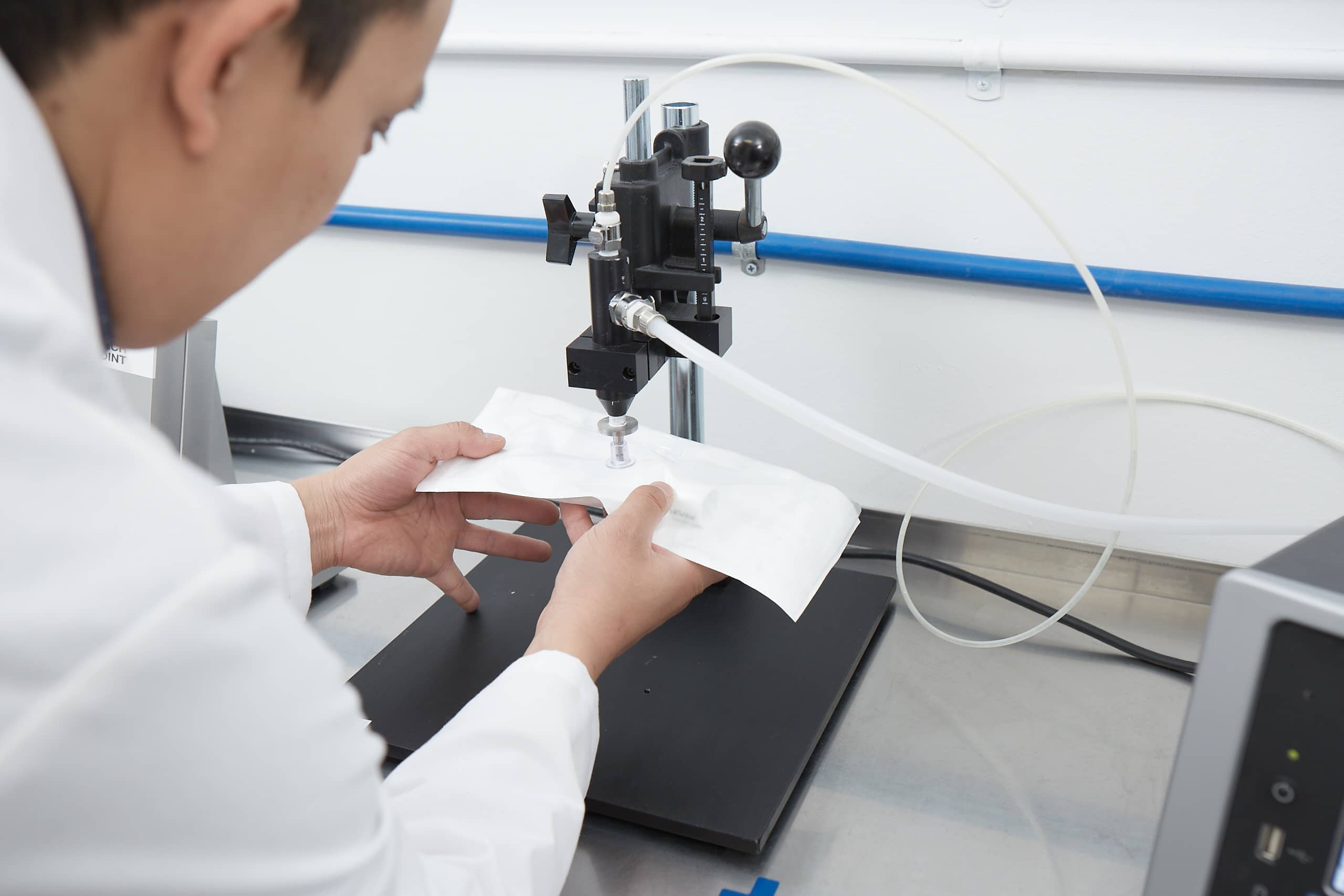