Can Peel Strength Be Substituted with Burst Strength Data?

It is not uncommon for clients to inquire about potential substitutions for packaging validation. The most recent question of this nature we were asked was, “Is Burst Testing a better test method to use for seal integrity than Peel Strength testing (assuming it tests the whole perimeter of the package), or is it best to stick with Peel Strength because it’s the approved standard?”

While it is true that Burst Test and Seal Strength are used to test the strength of package seals, they serve different purposes and provide different data.

Before we give our response, let’s first dive into both the burst and peel test methods further.

Typically, the closure seal is the most common seal that is tested for Seal Strength; however, it is not uncommon for us to perform peel strength on all sides of a package.

The ASTM F88 seal strength test is a quantitative measure for process validation, process control, and capability. Seal strength is not only relevant to opening force and package integrity but to measure the packaging processes’ ability to produce consistent seals. Seal strength at some minimum is a necessary packaging requirement.

ASTM F88 is a more precisely targeted test, meaning that it can be used to target specific areas of the package. If we have a five-sided chevron pouch or a four-sided FFS package, we can evaluate each seal individually via F88 and perform statistical analysis to understand how each of the individual seals is performing.

From a compliance standpoint, seal strength is listed as a property that “shall be considered” as part of the sealing process per ISO 11607 (Section 5.3.2). Table B.1 from ISO 11607 provides a list of test standards that may be used to show conformity to the standard, however, it only lists ASTM F88 and EN-868 as standards that are directly attributed to seal strength. ASTM F1140 and F2054 are listed in the table but are in a separate section specified as “Burst Testing”.

Burst testing measures the maximum pressure detected before the package fails. Because it tracks the pressure it takes to make the package fail, it does not actually test the seal strength in the manner that is required of ISO 11607.

Instead, a burst test is great for evaluating the tendencies for package failure when the package is exposed to a pressure differential. Pressure differentials might occur during processes like sterilization and/or transportation.

In section 5.4 of ASTM F1140, it states “these test methods do not necessarily provide correlation with actual package seal strength as typically measured using Test Method F88 (or equivalent).”

Something worth noting is that Burst testing on packaging is significantly impacted by package geometry. It cannot be assumed that the seal which fails first under burst test is the “weakest” seal on the package, due to how significant package geometry is to the burst test itself. It is entirely possible that the seal which ruptures in the burst is found to be stronger than an adjacent seal located in a different position of the package if both were tested side-by-side with 1” linear F88.

Therefore, it is not possible to assume that the smallest and largest package from a portfolio will exhibit equivalent burst results. This makes burst testing cumbersome when there are multiple shapes and sizes of packages.  Whereas measuring 1” linear seal strength (F88) is geometry-independent and may lend itself more easily when there is a portfolio of package shapes/sizes.

Now for the verdict…Can Peel Strength be substituted with Burst Test?

While at first glance it might seem like these two test methods could be interchangeable, the data that each test provides is vastly different with very different purposes.

If we use the example of a five-sided chevron pouch, where four of the seals are created by the vendor and a closure seal is created by our client, what data are we really obtaining during an OQ? Say that the vendor seals fail every time for a set of samples during the execution of the OQ. While you can claim that the closure seal is the strongest, that finding is not telling us much. There is no data specific to the closure seal that could be used for in-process monitoring to determine if the sealing process is drifting.

In the case of a startup or in-process testing, what would it mean if a closure seal burst rather than a vendor seal? Or if we go beyond our clients’ assumption that the seal bursts every time, what would it mean for an OQ or PQ if the paper or film burst? There is no real data being collected related to the sealing process in this scenario, which is the whole point of a sealing OQ and PQ.

With that, our response to our client’s question is that Peel Strength should not be substituted with Burst Test data.

Our professional opinion is to go with F88 for your medical devices packaging validation and supplement seal strength with burst testing. We typically see that option when clients are looking for a simpler testing process for a startup or in-process testing.

ASTM F88 requires a bit of finesse to execute properly (i.e. straight cuts, good alignment in the grips), where burst testing requires you to simply place a septum on a package, place it into the test machine, and press the “go” button.

Medical device manufacturing technicians typically have a “go, go, go” mindset, meaning that they are trained to get as much done in as short a period as possible. Getting them to slow down and go at the right pace for seal strength testing can be a challenge. It is for this reason that we see some of our clients use burst for manufacturing testing but supplement it with seal strength testing to meet the 11607 requirements.

If you have a question about test methods related to sterile medical device packaging validation or have a device you need packaging validated for, reach out to us via our contact form today! 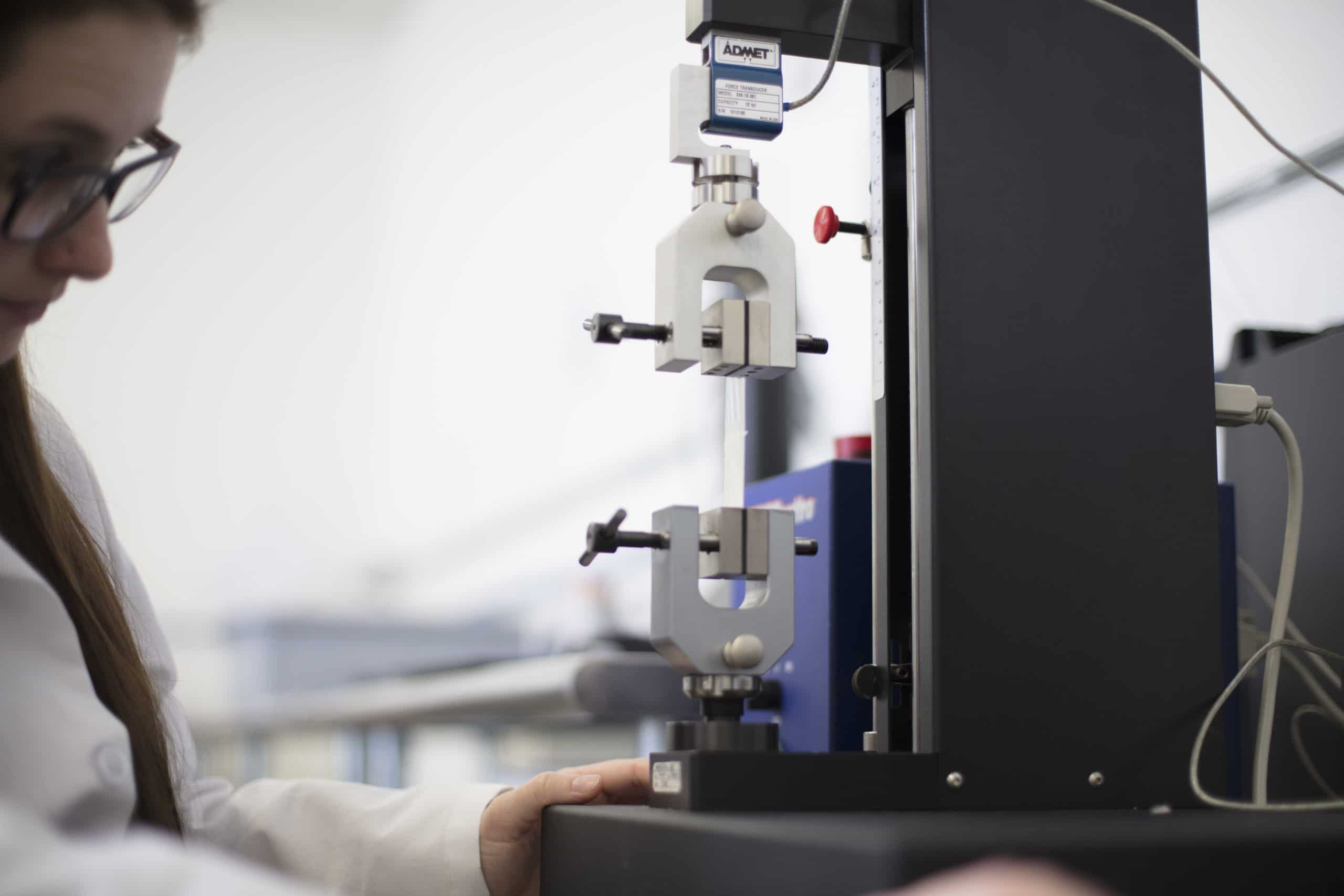